A Christian community of seekers, believers and followers of Jesus, in North Alabama

Born from mid-Western parents and raised in Atlanta, I earned an undergraduate degree in Industrial [Product] Design from Auburn University, which introduced me to the GREAT people of Alabama.

In the midst of a perfectly good career “in the real world,” at the ripe age of 33, I realized I cared so much more about the faith and well-being of my colleagues than the products we created. It took a year of prayer and pondering before responding to my call to vocational ministry.

My Master of Divinity degree came from Asbury Theological Seminary in Orlando, and shortly afterwards, we moved to North Alabama for my first pastoral assignment.

Twelve years later brings me to Isom’s Chapel, my third United Methodist pastoral appointment.  With four kids in four schools there is never a dull moment. I truly look forward to worshipping, growing, and serving with the Isom’s Chapel church family, and I hope to meet everyone soon! 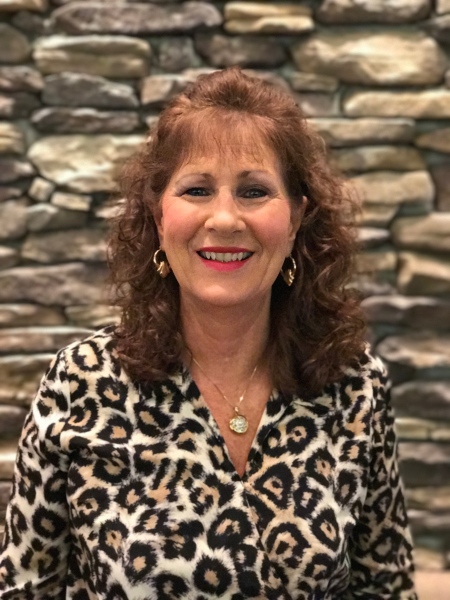 Oh, I hate throwing out credentials, but if I have to, I will. I have had many people that have made an impact on my life. The first would be my mother. She was a hard-working, Godly woman and taught me the difference between right and wrong. The second would be teachers -Mrs. Max Ship, with Mrs. Yacker, Mrs. Anna Holland and Mrs. Ida Terry. They were such examples of teachers who cared.

I graduated from Elkmont High School and went to Calhoun College. I was the manager of AnswerTEL, our local answering service, and met many influential people, from all walks of life. I was the manager when we changed the name to AnswerTEL. Many may not know, but Dr. Cauthen was the one who suggested the name.  I then worked for a local bank where I was the Administrative Assistant to the City President. During that time, I became a REALTOR and have been selling real estate for twenty-three years. I have recently taken the position of Administrative Assistant here at Isom’s Chapel. Wearing two hats can sometime become challenging but like Thomas Edison said, “There is no substitute for hard work.”

I married my high school sweetheart, the one and only, Fred Moss. We have two gorgeous children, Allison Pepper and Clint Moss, along with two beautiful granddaughters, Makayla and Hanna Pepper.

I have been serving the LORD since I was nineteen years old. The LORD has been so good to us and blessed us mightily. Now, that’s it in a nutshell. Come visit us at Isom’s Chapel, you may like it and decide to stay. We would welcome you with loving hearts.

I was born in Sylvania, Alabama, and have lived in north Alabama for most of my life. I earned a Bachelor’s of Science in Business Administration degree from UAH in 1983. I served as a Sales Representative for General Foods, Kraft, and General Mills until I retired in 2005. During the final years of that career, I felt the Lord’s call on my life and began taking courses at Millsaps College, earning a United Methodist Church Ministerial Courses of Study licensure in 2005.

I have been honored to serve several congregations in the United Methodist Church. I pastored Cameron UMC from 1995-2005, Stevenson UMC and Edgefield Union Church from 2005-2013, and Hamby’s Chapel UMC and Eva UMC from 2013-2018. I retired from being a full-time pastor in 2018 and am honored to serve as a volunteer associate pastor at Isom’s Chapel UMC.

I married my sweetheart, Betty, in 1966. She has been very supportive of me for all of these years. We have two beautiful daughters, Angie and Chrissy, two great sons-in-law, Greg and Trent, and three wonderful granddaughters, Lauren, Anna Grace, and Lyla Kate. In my free time, I enjoy yardwork, watching sports, and ministering to others.

Greetings and Blessings in the name of our Lord Jesus.
I received my Bachelor of Music in Performance from the University of North Alabama in 1996.
I have been involved with music education and performance for over 20 years, teaching all levels of music from beginning to pre-professional to include theory, stage performance, jazz, improvisation, American Musical Theater, musical revues, blues and rock. Previously, I was the Band and Theater Director for Athens High School, which I am a proud alumnus.

I have performed with the Nashville Blues Society and the Classic Blues Jam, Minister of Music at First United Methodist Church, Hanceville, AL.
I currently reside in Athens, AL, with my partner in ministry and lovely wife, Sharon.
We have 4 kids, all grown, and 5 grandkids.
We always look forward to sharing in the ministry of the Gospel at Isom’s Chapel.